Sinful Dissent to the Government

Sometimes our actions get ahead of God’s timing and God’s purposes. Consider for example, the early years of Moses.

The Egyptians had compelled the sons of Israel to labor rigorously. In His mercy, God sent baby Moses to provide justice for His people. In the providence of God, Moses was reared by Pharaoh’s daughter.

When Moses had grown up, one day he was out walking among his brethren, the Israelites, and he saw their hard labor. The author of Hebrews tells us this was a faith issue. Would Moses identify with his adopted people or with God’s people? By faith, Moses refused to be called the son of Pharaoh’s daughter. And instead, he chose to endure ill-treatment with the people of God rather than to enjoy the passing pleasures of sin.

And then one day, seeing the injustice of an Egyptian Moses took action into his own hands. Moses looked both ways. When he saw that no one was around, he killed the Egyptian and hid him in the sand.

In some ways, you can see a foreshadowing of Moses’ life work. The exodus itself.

But I think a better way of seeing this is that Moses simply got ahead of God. Yes, Moses was to deliver God’s people from the hand of the Egyptians. But not in Moses’ strength. He was to do that in God’s strength. Israel is to be delivered from Egypt by the strong hand of the LORD, not the little hand of Moses.

Pharaoh will hear about this incident and he will try to kill Moses. But Moses will flee from the presence of Pharaoh.

In time, Moses will find himself on the backside of the wilderness in front of a burning bush where he will be called and commissioned by the LORD for the great work of deliverance. Moses will be sent back to Egypt with the word from God, “Let My people go!” Of course even after the encounter with the LORD on the backside of the wilderness, there was still the of issue circumcision and the bloody covenant that had to be addressed before Moses could serve as the God-appointed deliverer.

That initial action of striking down the Egyptian and hiding him in the sand seems to be a sinful dissent to Moses’ governing authorities. It was not the time and place for that action. Or even that kind of action. Moses, who was to follow the LORD, got ahead of the LORD.

As the people of God, we must remember that it is important for us to do God's work for God's glory in God's time and in God's way. But if we waver form any of those points into our work or our glory or our time or our way, then we offer a sinful dissent to the government.

Posted by Charles M. Blake at 6:55 AM No comments:
Labels: Christian Living, Government

Faithful Dissent to the Government

Nonetheless there are times when the Christian will faithfully offer dissent to his or her government. Consider the following examples of faithful believers who demonstrated this posture.

After the new king arose over Egypt who knew not Joseph, he instituted a new law of genocide. All of the newborn Hebrew male babies were to be put to death. But two midwives, Shiphrah and Puah refused to obey the command of the king – their reigning monarch. Pharaoh called these women to account and they gave their answer to the king. Meanwhile God was good to the midwives and because they feared God, He established households for them.

In the days of the conquest, Hebrew spies sought refuge in the home of Rahab, the harlot who resided in Jericho. The King of Jericho sent word to Rahab instructing her to turn the Hebrew spies over to the authorities. Rahab said the men had already left. Siding with the people of God, she was unfaithful to her king. When the walls of Jericho fell, Rahab was grafted into the people of God.

In the days of the Exile, we see the same sort of decisions to obey God rather than man. Daniel and his friends will request a God-honoring diet instead of the rich fare of the king. Later, the three friends will refuse to bow down to a pagan idol. They were willing to be put to death instead of offering profane, government-required worship. In the same way, Daniel will continue to pray only to God knowing that a governmental decree forbade his prayers. With the threat of death looming over him, Daniel bowed his knees in prayer.

In each of these cases, faithful men and women offered faithful dissent to their governing authorities. But why? What motivated them to take the stand which they took?

Ultimately, in each case, it was their faith in God. They could clearly see how obedience and submission to their government was a denial of God. In other words, in none of these cases was the dissent motivated by their own desires or the way they individually looked at life. In each case, the dissent was motivated by God’s standards and God’s expectations.

Posted by Charles M. Blake at 6:54 AM No comments:
Labels: Christian Living, Government

The world of the Bile was a world of kings and queens and emperors and court protocols. Faithful men and women lived out their lives before the face of God in a world that seems foreign to many of us, especially to those who are American.

Both Bathsheba and Nathan willingly submitted to the cultural mores in regards to how one addresses the king. And bowing to the king was not seen as a way of not honoring God. In fact just the opposite seems to be the case. Bowing to the king was part of living faithfully before God.

When Paul stood trial before the Sanhedrin, the high priest Ananias commanded those who were near him to strike Paul. Paul rebuked Ananias calling him a “whitewashed wall.” But when it was pointed out that Ananias was the high priest, Paul acknowledged that the Bible says, “You shall not speak evil of a ruler of your people.”

Paul viewed the societal structure of his day through the lens of the Scripture. He acknowledged that a high priest who did wrong was still the high priest.

Later, at a different trial, Paul will use his Roman citizenship to appeal to Caesar. In that case Paul engages his government’s protocol for the sake of his purposes.

Daniel’s life was filled with submission to foreign governments. Daniel did not say, “Well, Nebuchadnezzar (or Darius or Cyrus or Belshazzar) is not my king.” Daniel didn’t say, “I’m not Babylonian (or Persian or Chaldean) and so I don’t need to follow the rules or expectations of the land in which I am living.” Quite the contrary actually. Daniel lived faithfully before God. And part of that faithfulness was submission to the reigning monarch. He spoke with respect and called the different kings according to their desired titles.

Each of these examples – Bathsheba, Nathan, Paul, and Daniel – demonstrate faithful men and women who followed the rules of their particular cultural setting and of the governments found in those settings. And in Daniel’s case we see a faithful man serve multiple kingdoms.

These individuals and others like them encourage us to reflect on what faithfulness would look like in our particular cultural setting with our particular government. 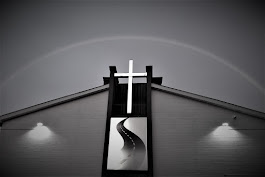 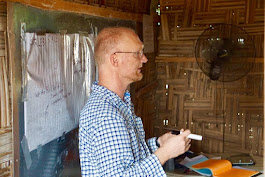 "Six Steps to an Expectation of Prayer" in Deacon/Summer 2007. Not available online